‘Toyota Friend’ will use Salesforce Chatter, a private social network used by businesses, and will be offered, first in Japan, initially with Toyota’s electric vehicles (EV) and plug-in hybrid vehicles (PHV) due in 2012.

Salesforce.com and Toyota Motor Corporation (TMC) announced today (May 23) that they have formed a strategic alliance to build Toyota Friend, which will be a private social network that connects Toyota customers with their cars, their dealership, and with Toyota.

“Toyota and salesforce.com share a vision to take the auto industry into the future. Social and mobile technologies will transform the car ownership experience, and we are excited to be Toyota’s partner in this transformation,” said salesforce.com CEO Marc Benioff.

The network will provide product and service information as well as essential maintenance tips. For example, if an EV or PHV is running low on battery power, Toyota Friend would notify the driver to re-charge in the form of a “tweet”-like alert.

In addition, while Toyota Friend will be a private social network, customers can choose to extend their communication to family, friends, and others through public social networks such as Twitter and Facebook.

[ Also Read: How to Get Connected with Social Pepsi ]

The service will also be accessible through smart phones, tablet PCs, and other advanced mobile devices.

“Social networking services are transforming human interaction and modes of communication. The automobile needs to evolve in step with that transformation. I am always calling for Toyota to make ever-better cars. The alliance that we announce today is an important step forward in achieving that goal,” said TMC president Akio Toyoda.

Although TMC and salesforce.com will launch their partnership with the building of Toyota Friend, in the future the companies plan to develop cloud services for TMC’s open platform and create new business opportunities.

And it also says that Microsoft Corporation, which on April 6 announced a strategic partnership with TMC to build a global platform for next generation telematics services, will invest 350 million yen. 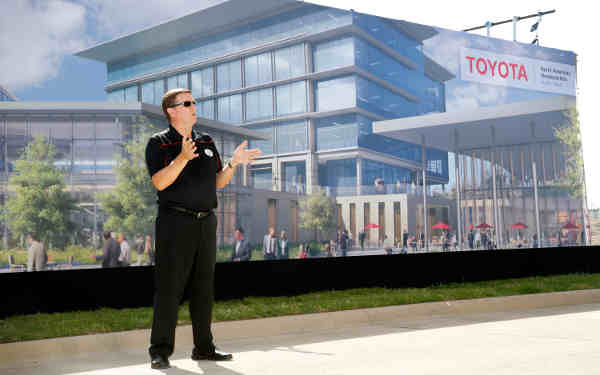 May 27, 2011 RMN News Comments Off on Glu Goes Galactic with Star Blitz for iPad