A new UNESCO report examining global trends in Freedom of Expression and Media Development from 2016-2021 highlights the existential threat social media now poses to the very survival of the professional news media. In the last five years, both news audiences and advertising revenues have migrated in vast numbers to internet platforms.

The report – released on March 10, 2022 – finds that Google and Meta/Facebook now soak up approximately half of all global digital advertising spending, while global newspaper advertising revenue has fallen by half in the last five years.

The Covid pandemic intensified existing trends in declining advertising revenue, job losses, and newsroom closures. The UNESCO report cites data from the International Center for Journalists showing two-thirds of journalists feel less secure in their jobs as a result of the economic pressures of the pandemic.

In a pandemic, journalism, particularly investigative journalism, is a life-saving frontline service. As false content related to Covid-19 spread rapidly on social media, newsroom closures and job cuts created a significant vacuum in the information landscape, particularly in the global south.

In September of 2020, over 1 million posts circulated on Twitter with inaccurate, unreliable, or misleading information related to the pandemic, according to the COVID19 Infodemics Observatory, an initiative of Fondazione Bruno Kessler.

This economic crisis also comes at a time of increasing threats to the safety of journalists  not only from governments and criminal groups, but also from private lobbies and from some members of the public who feel increasingly emboldened to launch slurs and attacks online.

Impunity for killings: From 2016 to the end of 2021, UNESCO recorded the killings of 455 journalists, who either died for their work or while on the job. Almost nine out of ten killings remain unresolved. The global rate of impunity for killing journalists fuels a cycle of violence and has a chilling effect on all journalists.

In many countries, the laws do not sufficiently protect journalists from these threats. And, in some cases, the legal framework actually increases the risk to them. Since 2016, 44 countries have adopted or amended new laws that contain vague language or threaten disproportionate punishments for actions like spreading ‘fake news’, ‘rumours’ or ‘cyber-libel’, leading to self-censorship.

In 160 countries defamation is still a criminal offence. When defamation law is criminal, rather than civil, it can be used as grounds for arrest or detention, effectively muzzling journalists. Data from the Committee to Protect Journalists shows 293 journalists were imprisoned in 2021, the highest yearly total in three decades.

Supporting the economic viability of independent news media while respecting the professional autonomy of journalists. Governments can, for example, offer tax benefits to independent news outlets, in a manner which is fair, transparent and does not compromise editorial independence.

Enacting or reforming media law to support free and pluralistic news production, in line with international standards on Freedom of Expression, notably Article 19 of the International Covenant on Civil and Political Rights.

March 21, 2014 RMN News Comments Off on Fergie Urges to End Violence Against Women 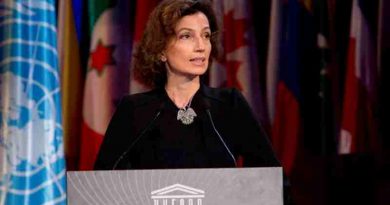 October 25, 2011 RMN News Comments Off on Are Good Looks Important for Beautiful People?