The ongoing adrenaline-pumping events in the corruption-ridden Indian politics can put even a gory video game to shame. After a spate of recent corruption cases in the Congress-led government, now the action has shifted around the 2G scam.

In this case, the Indian government is said to have lost money worth billions of dollars because of ulterior motives of the government ministers. Instead of auctioning the 2G spectrum to the telecom companies, they preferred to take an opaque route and distributed the licences to certain companies at a fraction of the market rates.

Obviously, it’s believed, there was a behind-the-curtain deal with the beneficiary companies. Under the court orders, A. Raja, the telecom minister who was leading the 2G spectrum sale, is already in jail facing charges of corruption.

According to the estimates of Comptroller and Auditor General of India (CAG), the loss to the government exchequer in this shady deal was to the tune of Rs. 1.76 lakh crore (currently 1 US$ = Rs. 50 approximately).

And it’s believed that the ruling Congress Party bosses and the hand-picked telecom companies split the booty. Established under the Constitution of India, CAG is supposed to ensure accountability, transparency, and good governance.

Janta Party (a political party in India) president Subramanian Swamy, who has been instrumental in exposing the illegal 2G spectrum deal, alleges that Sonia Gandhi is the main beneficiary of illegal money worth Rs. 36,000 crore (about US$7 billion estimated to be the 60% of the total kickbacks). He also says that she has stashed away billions of dollars in foreign banks – like the Swiss bank – that are considered to be safe heavens for ill-gotten money.

Moreover, the involvement of P. Chidambaram, who is now the home minister in the Congress government, in the 2G scam is said to be visible, as he had explicitly given the go-ahead to distribute the 2G licences without going through the proper auctioning route, which is considered to be transparent and lucrative for the government.

Now, the main opposition party BJP’s (Bhartiya Janta Party) guns are pointing toward Chidambaram with a vociferous demand that the Central Bureau of Investigation (CBI) – a top investigation agency – must investigate the involvement of Chidambaram in this case. And, if found guilty, he must share the jail cells with his minister colleague A. Raja.

It is said that Chidambaram, who was the finance minister at the time of 2G sales in 2008, had colluded with Raja in the deal but the latter was made the scapegoat. Ignoring all official norms, the spectrum licences were issued in 2008 to certain companies at the cheaper rates of 2001. So, if Raja is in jail, why should Chidambaram run scot free?

But the Congress party, under strict directions from Sonia Gandhi, is misusing its authority and trying to scuttle an independent court-directed probe against its tainted minister Chidambaram (and possibly other top brass including the Prime Minister Manmohan Singh).

On the other hand, BJP is demanding not only Chidambaram’s resignation but even a mid-term poll (otherwise, the general election is due in 2014).

While there’s a lot of hue and cry around Chidambaram’s involvement, the point worth discussing is why the Congress party is trying to protect him. Today, the cunning Congress leaders are using him as a shield to protect their own skin. If, after enquiry, Chidambaram is found guilty, he will have to drag others also in the hot case. The Indian Prime Minister Manmohan Singh will first come under the scanner of investigation agencies, if they’re allowed to work freely.

The imprisoned minister Raja has alleged that the entire 2G spectrum deal was carried out with explicit consent of the then-finance minister Chidambaram and the Indian Prime Minister Manmohan Singh who are equally culpable in this telecom corruption case.

But most know that Indian Prime Minister is just a puppet in the hands of Congress party supremo Sonia Gandhi, who has been using Manmohan Singh to continue her wealth chase and control dissenting politicians who dare to come in her way.

In the light of Swamy’s allegations that Sonia Gandhi got the major chunk of the 2G kickbacks, it is highly likely that Chidambaram, who has the image of a corrupt Indian politician, has been clandestinely working as a fund manager to manage Sonia’s money.

That’s why he was not allowed to resign when recently he offered to put in his papers under opposition’s pressure in the 2G case. And another Indian minister Pranab Mukherjee, who is considered to be chasing a dream to become the Indian Prime Minister, knows all about the secret Congress deals, it is believed.

The political chattering classes argue that Mukherjee, with his hidden ambitions, has been trying to destabilize the governement by showing his disapproval to the way 2G deal was handled and his rivalry with Chidambaram. But under Sonia’s baton, he has just softened his stance and has given a vague approval to the government’s move, though he must be feeling suppressed and humiliated.

History tells that the Congress party never wants to end corruption in India. Earlier, the Congress-led government successfully silenced Anna Hazare, who raised his voice against corruption at the higher levels in government. A month ago, Hazare disappeared from the scene while government refused to accept his demands to combat corruption.

Similarly, when a well-known Indian Yoga instructor Ramdev demanded that the black money amounting to billions of dollars stashed away by the corrupt politicians and others in foreign banks must be brought back to India and should be declared as national asset, he was forced to stop his protest.

Corruption has become the lifeblood of Indian politicians and their spoiled brethren in bureaucracy. According to Transparency International (TI) – a global civil society organization leading the fight against corruption – corruption takes a huge toll on India’s economy. It is reported that US $19 billion in illicit money leaves the country each year.

Although taking Congress-backed corruption as the main issue, BJP is trying to build an environment for mid-term poll, it is too weak a party to face the election. BJP is facing a severe leadership crisis. It doesn’t have any such leader in the party who could be projected as a Prime Ministerial candidate. There are dozens of other political parties. But they’re either with Congress or almost non-existent. So, like it or not, Congress is likely to remain at the helm of political affairs.

Today, Congress Party means Sonia Gandhi and Sonia Gandhi means Congress. Nothing less, nothing more. So, she is the uncrowned queen for the 1.25 billion Indians. No one can challenge her diktats in any case – not even in 2G scam case. Can you? 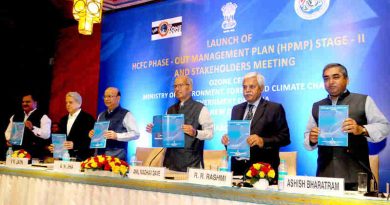 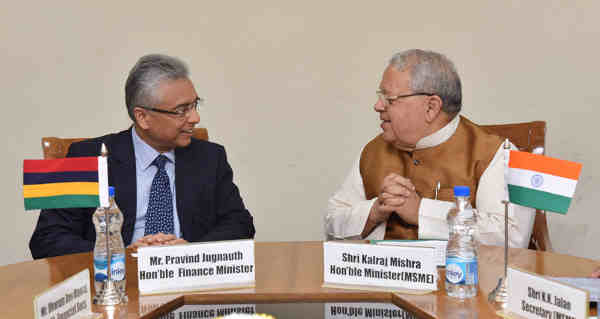