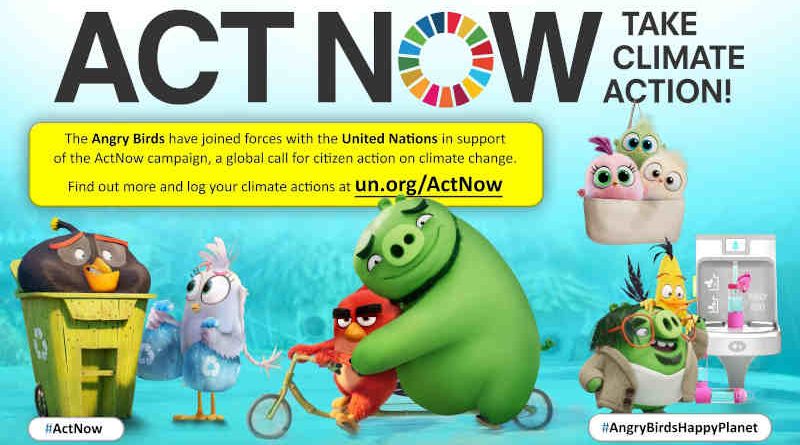 The Angry Birds and the green piggies have joined forces with the United Nations in support of its ActNow climate campaign, a global call for citizen action on climate change.

Back with the UN and the UN Foundation after 2016’s #AngryBirdsHappyPlanet partnership, the birds are joined this time around by their longtime enemies (turned “frenemies”) the pigs and are looking to spread awareness about individual actions we can all take to combat climate change.

As part of the campaign, a public service announcement is launched starring the Angry Birds, the green piggies and the English-speaking voice cast behind the film The Angry Birds Movie 2.

Together, they are encouraging citizens to discover and track simple everyday actions that can make a difference by using the UN’s new online climate action tool, the ActNow Bot.

Harnessing advances in Artificial Intelligence (AI), the ActNow Bot is a fully interactive chat bot located on the UN’s website that connects with users and suggests everyday actions that can be taken to preserve the environment.

Every action completed is counted to encourage others to join the campaign as well as to send a message to leaders in government and business that citizens want climate action and are willing to take it. The collective actions will be presented during the United Nations Secretary-General’s Climate Summit in New York in September 2019.

The Angry Birds and pigs themselves will be on hand for the first ever takeover of the ActNow Bot website from July 23-30, encouraging users with individualized suggestions – like traveling more sustainably, saving energy or eating less meat – in a campaign to highlight the impact that collective action can have at this critical moment in our planet’s history.

“We are really proud that the United Nations and the Angry Birds continue to work on climate issues together through the #AngryBirdsHappyPlanet campaign,” said The Angry Birds Movie 2 producer John Cohen. “Even our beloved birds and pigs are putting their differences aside and coming together for this great cause. We all need to come together to help create a more sustainable world and I’m so happy that the Angry Birds will have a chance to help spread this universal message.” 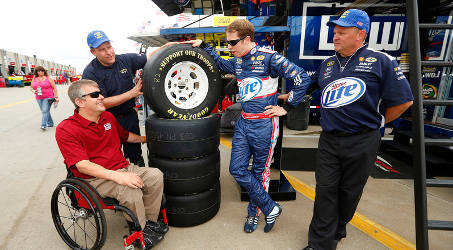 Goodyear Kicks Off ‘Gives Back’ Campaign

June 1, 2013 RMN News Comments Off on Goodyear Kicks Off ‘Gives Back’ Campaign 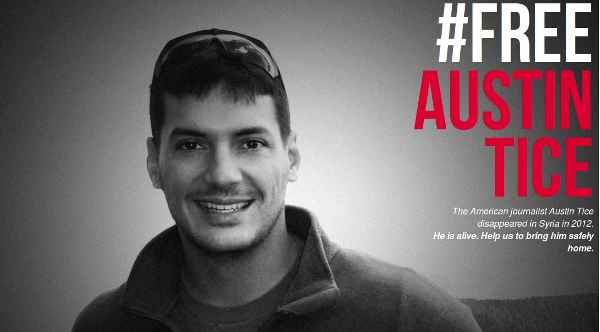