Although the Mueller report did not exonerate Trump, he has been making unsubstantiated claims that he did not collude with Russia and did not obstruct justice.

Special counsel Robert Mueller – who was supposed to testify before the U.S. Congress on July 17 in the case related to Donald Trump’s secret ties with Russia – will now come for the hearing on July 24.

The testimony has been postponed on Mueller’s request who wants to prepare thoroughly before facing the Congress. It will also give more time to lawmakers to question him in separate Congressional hearings.

Meanwhile, in an ongoing RMN Poll, 53% people suggest that Congress should impeach Trump who had allegedly taken Russia’s help to win the 2016 presidential race.

After some initial reluctance, Mueller has agreed to testify before Congress regarding his findings of the investigation into Russian interference in the 2016 U.S. presidential election.

After nearly two years of investigation, Mueller had delivered a 448-page report on March 20. It is largely believed that Donald Trump had conspired with enemy nation Russia to win the 2016 presidential race deceptively and later he committed “obstruction of justice” crime to scuttle the Mueller investigation.

Robert Mueller has agreed to testify before Congress pursuant to subpoena.

Russia attacked our democracy to help Trump win. Trump welcomed and used that help. As Mueller said, that should concern every American.

And now, every American will get to hear directly from Mueller.

Now, in order to bring the truth before the public, Congress has invited Mueller to testify. “Robert Mueller has agreed to testify before Congress pursuant to subpoena. Russia attacked our democracy to help Trump win. Trump welcomed and used that help. As Mueller said, that should concern every American. And now, every American will get to hear directly from Mueller,” said Congressman Adam Schiff who is the Chairman of the House Intelligence Committee.

As Trump is terrified, he tweeted, “Presidential Harassment!”

The Mueller report states, “We concluded Congress has authority to prohibit a president’s corrupt use of his authority in order to protect the integrity of the administration of justice,” which “accords with our constitutional system of checks and balances and the principle that no person is above the law.”

Congress said it will not be silent. Mueller will testify publicly on July 24. 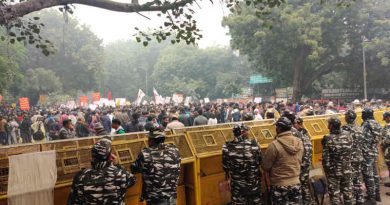