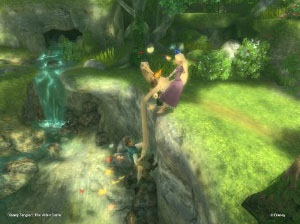 Disney Interactive Studios says that Disney Tangled: The Video Game is available for Wii and Nintendo DS. Fans can join Rapunzel and Flynn Rider in this humorous and engaging video game inspired by one of the most hilarious and hair-raising tales ever told, says the company.

Players will set off on a series of action-packed adventures as they help Rapunzel, a feisty teen with incredibly long hair, and Flynn Rider, the kingdom’s most charming bandit, solve puzzles, compete in mini-games and complete a variety of tasks.

”Working alongside the Tangled animation team allowed us to capture the essence of the film as well as explore opportunities to expand upon key moments and characters only briefly seen in the film,” said Joseph Vance, art director, Disney Interactive Studios.

“The game was designed and art directed to complement the movie, and we’re sure that fans will enjoy Disney Tangled: The Video Game.”

In addition to lending their voices to the film, Mandy Moore and Zachary Levi voice Rapunzel and Flynn Rider in the Wii version of the game.

The Wii game allows players to engage in co-op play with up to three friends while navigating through events from the film and completing exciting challenges and activities such as painting and horseracing.

Fans playing the game as Rapunzel can use her famous hair to swing from branch to branch and help other players reach higher locations by climbing her hair like a rope.

As Flynn, players can engage in swordplay, scale walls and use “Flynntuition” to discover hidden treasure.

The DS version leads players on a colorful 2D adventure where they will take on in-game challenges as they encounter not only familiar characters from the film but also new ones. Players can care for animal friends, mix potions and paint posters.

Disney Tangled: The Video Game from Disney Interactive Studios is Rated E for Everyone by the Entertainment Software Rating Board (ESRB).

The game was released Tuesday, Nov. 23.

In theaters Nov. 24, 2010, in Disney Digital 3D, TANGLED is a story of adventure, heart, humor and hair – lots of hair, the company says. 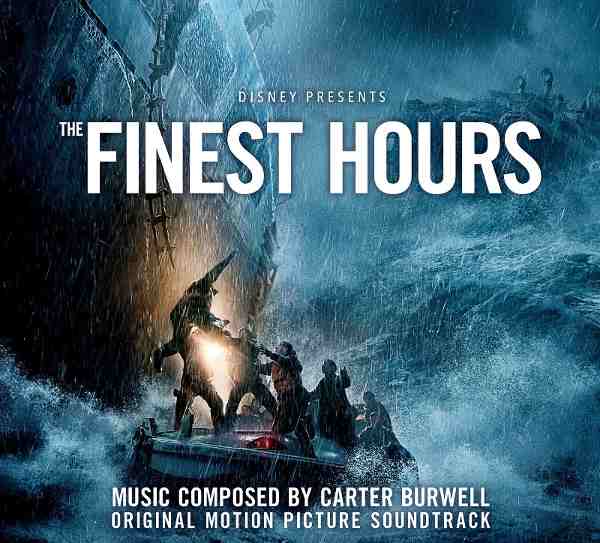 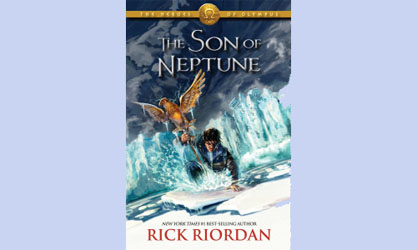 Disney Plans for the Son of Neptune

August 18, 2011 RMN News Comments Off on Disney Plans for the Son of Neptune