Those who seek extreme freedom of speech are faced with extreme violence which usually amounts to death.

“Sometimes laughter can hurt, but laughter, humor and mockery are our only weapons,” said cartoonist Jean Cabut.

But the artist didn’t say anything about the power of these weapons. Can these artistic weapons stand against the sophisticated guns of the terrorists? No. Not at all.

But Cabut won’t realize this fact. Why? Because he was among the victims of terrorists’ bullets that killed the staff of the French magazine Charlie Hebdo which drew the cartoons of Islamic leaders.

The brutal murder of these magazine journalists reinforces the fact that freedom of expression has a price tag. And it’s invariably death – instant death or delayed death.

Those who seek extreme freedom of speech are faced with extreme violence which usually amounts to death. Currently, a dozen-odd people, who have been enjoying such freedom, are on the hit list of terrorists.

Who Are the Terrorists?

When it comes to silencing the dissenting voices, even the rulers in the dictatorial as well as democratic regimes behave like terrorists and tend to quell those voices with full might.

Charlie Hebdo may be a victim of overt terrorism, but governments all over the world terrorize their local and foreign opponents covertly.

You can find a harrowing depiction of the state-sponsored violence in the recently released CIA Torture Report, which reveals that the kind of torture American government applied to its prisoners is, not only human rights violation, but it’s actually worse than death penalty.

The cases of WikiLeaks journalist Julian Assange, whistle-blower Edward Snowden, Russian leader Alexei Navalny, Chinese dissident Liu Xiaobo are among the many examples where the governments didn’t allow freedom of expression or speech, although they ostensibly respect such freedom.

What these governments are doing is nothing but terrorism, as in order to achieve their political goals they intimidate and torture their adversaries, and take even the extreme step of eliminating them.

For example, human rights and anti-corruption activist Munir Said Thalib in Indonesia was poisoned in 2004 on a flight from Jakarta to Amsterdam. While Munir raised his voice against the local government, he was killed and his killers have not been identified and caught.

Terrorism Cause and Effect

Such state-sponsored excesses are leading to the formation of small and big terror groups who take to arms to defend their rights, as the judicial and criminal justice systems which are supposed to protect the common people have largely collapsed or they are terribly slow.

The Charlie Hebdo case is just the reflection of inhuman acts that state has always been committing against citizens. Blasphemy and attacks on religious sentiment are only some pretexts under which the common people want to vent their anger. Since they can’t confront the heavily guarded rulers, the attackers choose the soft targets such as this French magazine artists.

In order to fight with the state oppression, commoners-turned-attackers are looking for opportunities to hit back. Therefore, any freedom of expression that hurts them is being revenged in violent ways.

The same happened recently in Sony Pictures’ case when hackers challenged the freedom of expression that Sony wanted to enjoy in its film ‘The Interview’ to displease North Korean leader Kim Jong-Un.

In this case terrorists again threatened to attack the theaters and cinema goers. As a result, Sony had to cancel the release of the movie in major theaters and released it through digital channels.

The Paris shooting incident has once again demonstrated that terrorists can strike at will. While the magazine office was under police protection, police failed to protect the victims. In fact, security agencies have repeatedly failed to protect citizens’ lives; they become active only after the killings.

Similarly, politicians or rulers keep repeating and tweeting their rhetoric such as ‘cowardly act’ and ‘barbaric act’ against the attackers who ignore them and strike again at a different time, at a different place, against different people. You can’t stop them.

It’s not a conflict between ideologies and thoughts. Rather, it’s a perpetual conflict between haves and have-nots. This conflict is the outcome of widening rich-poor divide and plutocratic structures in almost all the nations of the world.

As German philosopher and economist Karl Marx had visualized, the ongoing class conflicts are expected to herald the true communism era. It will be a classless, stateless, humane society built on the principles of common ownership based on the ability and need of individuals.

The ongoing violent and non-violent conflicts will continue to happen till the time the current structures of inequality are transformed into an egalitarian society. As the intolerance levels will continue to increase because of the increasing societal divides, those who want freedom of expression must be prepared to sacrifice their life to attain this freedom.

The writing on the wall is clear: You will get this freedom but you will not exist to enjoy it. That’s what has happened in the Charlie Hebdo case. You have seen that. 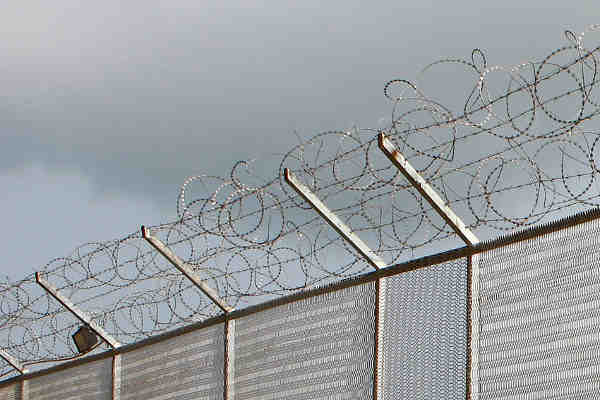