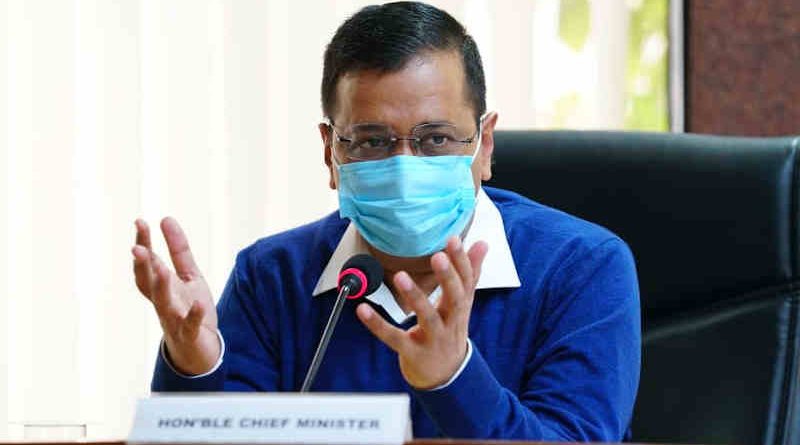 Although Delhi has started a vaccination drive, there is hardly any impact of vaccination as the immediate need of affected people is healthcare support.

It is meaningless to discuss the number of Covid-19 cases, deaths, and vaccinated people in Delhi because the chief minister (CM) of Delhi Arvind Kejriwal continues to release data that cannot be trusted.

In order to create hype about his achievements during the pandemic, he ropes in a couple of random persons who praise Kejriwal or his government in their tweets. Then Kejriwal – who is known for his lies and dishonesty – retweets those handful of tweets to falsely claim that it is a trend across the city and things are getting normal.

With the help of dishonest media outlets, Kejriwal and his government use misleading indicators such as reduction in Covid positivity rate, recovery rate of infected persons, falling number of Covid cases, and vaccination handling to claim that Kejriwal government is working efficiently during the pandemic.

But the truth is that Kejriwal and his naive colleagues – politicians and bureaucrats – in the government have failed miserably during this health crisis. They hoodwink the gullible citizens by giving wrong information or spreading disinformation.

For example, the number of Covid cases cannot be an absolute number because it depends on the number of tests, false negative, and false positive tests. But the Kejriwal government arbitrarily reduces the number of cases without revealing the test statistics.

Similarly, the positivity rate and the recovery rate cannot be estimated without ensuring the accuracy and availability of tests for a larger population. But Kejriwal is carelessly releasing the related data to deceive the Delhi voters, as Kejriwal treats human beings as mere voters because he wants to win elections by hook or by crook.

As regards vaccination, Kejriwal is not even measuring the impact of vaccines and their efficacy on the local population. The Kejriwal government has failed to release the data related to people who get infected or fall sick after receiving their vaccine doses. He is blindly asking people to get vaccinated while there is an acute shortage of vaccines.

Either Kejriwal does not understand or he conceals the fact that vaccination is a process which needs continuous alterations because the current chunk of vaccines may not be effective on the new virus variants that are emerging in India.

The World Health Organization, for example, said on May 10 that the coronavirus variant B.1.617 first identified in India was being classified as a variant of global concern, with some preliminary studies showing that it spreads more easily. Kejriwal must reveal publicly if the vaccines that he is promoting will work on the new variant.

One of the biggest failures of the Kejriwal government is that it has failed to transform its administrative processes during the pandemic. For example, almost all the websites of the Delhi Government are in bad shape. The online public grievance monitoring systems are not being monitored properly, because most Delhi bureaucrats are highly corrupt and inefficient.

While Delhi is under complete lockdown, the government officials are still calling citizens to their offices. Since Kejriwal is an incompetent politician he does not know how to provide smooth governance to citizens. Result: Utter chaos in Delhi.

As a journalist and social activist, I keep informing Kejriwal about the extreme hardships that the people of Delhi are facing. His office sends my communications blindly to some other departments which are equally delinquent and do not take any remedial steps.

In April, for example, I sent an email to Kejriwal asking him to revamp government websites and strictly instruct the government officials that they should not call residents to their offices and instead hold necessary interactions with the residents through online / virtual meetings.

His office casually forwarded my email to Kejriwal’s minister Rajendra Pal Gautam who is so dumb that he did not take any action. Worse, he did not even respond to the email.

Since Kejriwal and his colleagues have neglected the citizens of Delhi, recently a new legislation has made the Lt. Governor (LG) of Delhi Anil Baijal the head of the government.

The Government of National Capital Territory of Delhi (Amendment) Bill makes it clear that the term “government” in Delhi means the LG of Delhi and the elected government of Kejriwal cannot take any decision independently. In other words, the Kejriwal government will have to take LG’s consent before taking any executive action.

But unfortunately Baijal is so lethargic in his approach that he can only sit on a chair in the comforts of his office and issue very generic, meaningless instructions that even an illiterate person can also give. As a result, the misery for the people of Delhi persists.

Although Delhi has started a vaccination drive, there is hardly any impact of vaccination as the immediate need of affected people is healthcare support. Delhi is facing acute shortage of hospital beds, oxygen, healthcare staff, ambulances, and so on. Moreover, people are not able to cremate the bodies of Covid victims, as the cremation grounds are overcrowded.

Although as of May 11, Delhi Government reports 1.3 million Covid cases and 19,000 deaths in Delhi’s population of 30 million, these numbers cannot be trusted because the government is understating the number of infections and deaths. 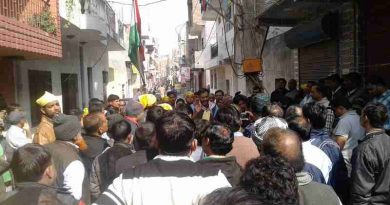 Swaraj India Launches ‘Jawab Do, Hisab Do’ Campaign in Delhi

January 16, 2017 RMN News Comments Off on Swaraj India Launches ‘Jawab Do, Hisab Do’ Campaign in Delhi 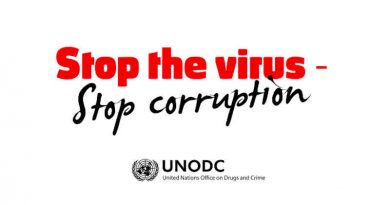