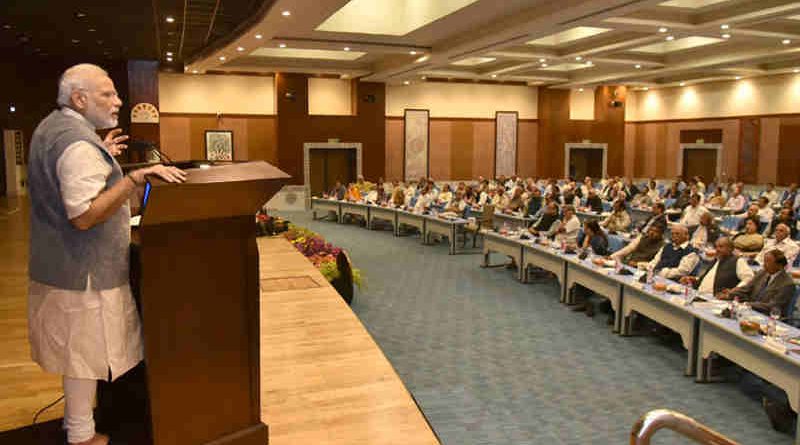 The Prime Minister of India, Narendra Modi, met Thursday all Secretaries to the Government of India. Cabinet ministers and ministers of state with independent charge were also present at the meeting.

The Cabinet Secretary made a brief presentation on the work done so far, as a follow up to the reports presented by the eight groups of secretaries to the Prime Minister in January this year.

The rapporteurs for two out of the eight groups also made presentations on the status of implementation of the recommendations of their groups.

According to a government statement, 10 new groups of secretaries are being formed, who will submit their reports on various governance issues, by the end of November.

As compared to the earlier groups, which worked on specific themes, the focus of the groups this time will be on sectors, such as agriculture, energy, and transport,

Addressing the Secretaries, the Prime Minister complimented them for the work done by them as part of the eight thematic groups in the month of January.

He urged them to undertake a critical review of the work done by the Union Government in the respective sectors that they will be studying. He also asked them to engage young officers to research related issues.

Speaking of demographic dividend, the Prime Minister said all groups must prioritize harnessing the strengths of the 800 million youth of India as part of their recommendations.

He said that the team of Secretaries to the Government of India, has the collective wisdom and experience to create policies to fulfil the hopes and aspirations of India’s people. He exhorted them to put their best foot forward to the task ahead. 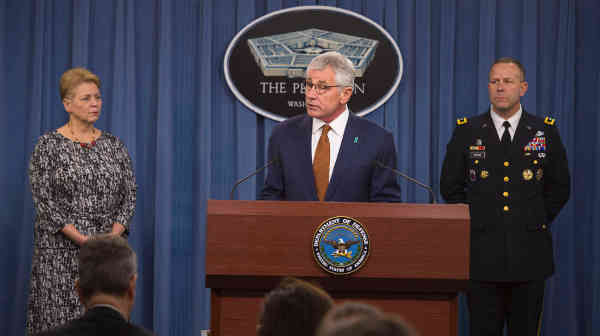