In an article that ISIS had published in its propaganda magazine Dabiq, the terror group had warned that Americans will pay the price for America’s attacks on ISIS locations.

Donald Trump, the presumptive Presidential nominee of the Republican Party, has demanded President Obama’s resignation over the Orlando shooting incident in which 50 people were killed Sunday.

Recently, Army Col. Steve Warren told Pentagon reporters that the U.S.-led coalition against ISIS is actively searching for its leader Abu Bakr al-Baghdadi, who is believed to travel between Iraq and Syria.

Islamic State of Iraq and Syria (ISIS) or Islamic State (IS) is a modern militant organization, which uses digital media effectively to deliver its messages and for new recruitments of militants.

In an article that ISIS had published in its propaganda magazine Dabiq, the terror group had warned that Americans will pay the price for America’s attacks on ISIS locations.

Most Americans are so terrified by the terrorists’ threats that they are supporting Trump’s proposal as part of his election campaign to ban Muslims’ entry into the U.S.

Trump has again said in his tweets that “What has happened in Orlando is just the beginning. Our leadership is weak and ineffective. I called it and asked for the ban. Must be tough.”

What has happened in Orlando is just the beginning. Our leadership is weak and ineffective. I called it and asked for the ban. Must be tough

In another tweet, Trump said Sunday that “Is President Obama going to finally mention the words radical Islamic terrorism? If he doesn’t he should immediately resign in disgrace!”

Is President Obama going to finally mention the words radical Islamic terrorism? If he doesn’t he should immediately resign in disgrace!

“The slaughter of Christians and other ethnic and religious minorities by ISIS is a crime against humanity and must be recognized for what it is: genocide,” Priebus said.

Meanwhile, President Obama delivered a statement on the shooting that took place in Orlando, Florida. “Today, as Americans, we grieve the brutal murder — a horrific massacre — of dozens of innocent people. We pray for their families, who are grasping for answers with broken hearts.”

Although post-incident statements have no meaning at all, politicians still make such statements to show their fake sympathy with the victims and their families. Politicians are supposed to be dishonest and corrupt. All of us know this fact.

Similarly, United Nations Secretary-General Ban Ki-moon condemned the Orlando attack which is said to be the deadliest mass shooting in the history of the United States. Ban Ki-moon also seems to have no other job but to see his name with such condemation statements. As the UN chief, he has completely failed to check all types of crimes and terrorism happening all around the world. 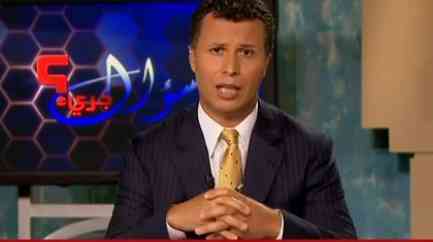 September 17, 2014 RMN News Comments Off on ISIS – Is the Islamic State Really Islamic?