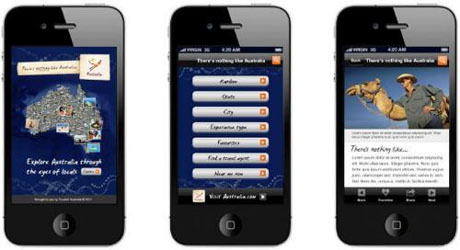 Tourism Australia has developed a new Smartphone app aimed at inspiring travelers to visit Australia and making their holiday easier and fun when they get Down Under.

Compatible with iPhone and Android devices, the app includes a number of travel features, aimed at demonstrating Tourism Australia’s global campaign, There’s nothing like Australia.

Similarly, Tourism Ireland has also decided to leverage technology to attract travelers. It has launched an online game on Facebook. Called Ireland Town, the game aims to bring the holiday experience in Ireland to life for Facebook fans across the world. Tourism Ireland claims that it is the first national tourism board in the world to launch a social game. (Read: Tourism Ireland with Social Game on Facebook)

Moreover, the landscapes, people and experiences of Australia provide inspiration for Tourism Australia’s new online marketing campaign, Making Tracks, which uses musicians to showcase the destination to an international audience.

The Making Tracks campaign pairs up four international classical musicians from the YouTube Symphony Orchestra 2011 with a contemporary Australian musician and sent on a journey of discovery across Australia. (Read: Tourism Australia Launches ‘Making Tracks’ Campaign)

The original There’s nothing like Australia app was developed by Tourism Australia’s digital marketing team and revealed exclusively to its Facebook users in April, when they were invited to download it.

A new map view has been added which allows users to see exactly where key attractions and experiences are located. New Chinese, Japanese and Korean language versions of the app have also been produced.

From hot air ballooning over the nation’s capital Canberra and climbing the world famous Sydney Harbour Bridge, to getting up close and personal with kangaroos, koalas and even the sea lions at Kangaroo Bay, you can now sample the wonders of this great country right from your phone, suggests Tourism Australia.

The updated iPhone and Android apps will be officially launched on June 30.

March 14, 2011 RMN News Comments Off on Will You Join Goby’s Facebook Group? 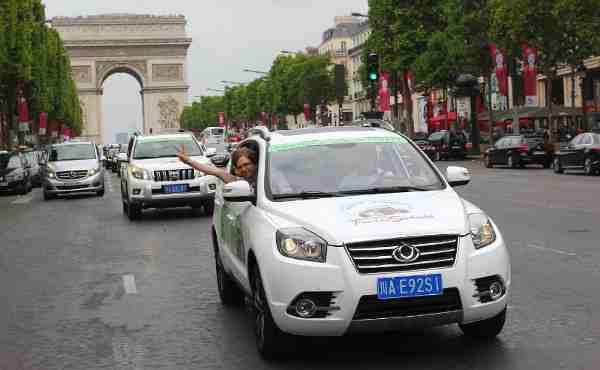 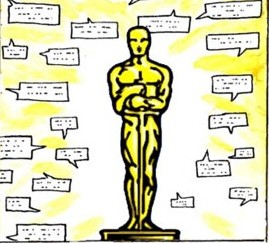