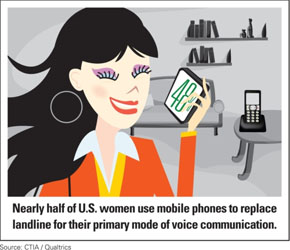 A survey commissioned by CTIA-The Wireless Association and using Qualtrics, revealed surprising responses from U.S. women about how they are using wireless technology, choosing their devices, replacing traditional communication tools with mobile and how wireless technology is allowing families to spend more time together and to be better connected.

The results, which were obtained by surveying 1,005 women, were released Friday, Jan. 6, and show a pronounced shift to mobile from such communication modes as landlines and desktop computers, and a substantial favoring of wireless technology for a wide array of family activities and interactions.

When asked if the respondents were either primarily responsible or involved in making decisions on wireless devices and/or services for their family, more than 94 percent said yes. More than 74 percent of these women also paid their families’ monthly wireless service bills.

Since these women play a leading role in deciding their families’ wireless technology purchases, CTIA asked what the most important factors were when they chose their mobile devices.

In addition to the factors the women used when choosing the mobile devices, the top five uses cited were:

More than 38 percent of women said their mobile devices were their main access point to the Internet and almost a third (32 percent) said mobile broadband had replaced their traditional Internet service.

In response to what functions they used to perform on a computer that they now almost solely perform on their mobile devices:

Another aspect of the survey addressed women’s perceptions of how wireless technology was impacting family dynamics and behavior. Anecdotally, some might believe technology divides families, but the CTIA survey shows that almost 85 percent said wireless devices make the family feel closer when apart.

Almost 80 percent said they use mobile devices to keep the family informed about each other’s activities and locations while 70 percent said it helps coordinate schedules. In addition, almost 45 percent said wireless devices help the family spend more time together.

The survey also asked moms what they thought consumed the most of their children’s mobile screen time. The top five answers were: texting, single-player games, social networking, completion of schoolwork and assignments and music.

According to CTIA, 1,005 women in households with more than two people responded to the survey during the week of Dec. 5, 2011.

CTIA–The Wireless Association is an international organization representing the wireless communications industry. Membership in the association includes wireless carriers and their suppliers, as well as providers and manufacturers of wireless data services and products. It was founded in 1984 and is based in Washington, DC. 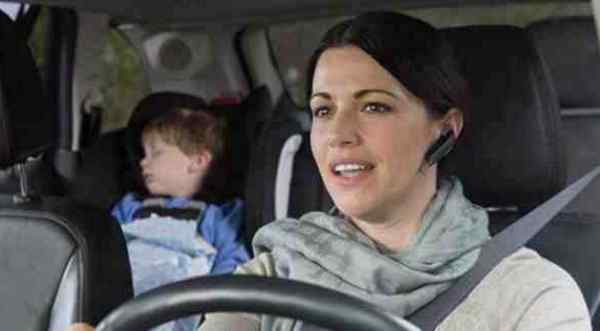 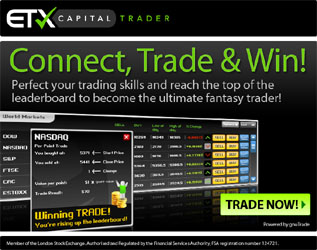 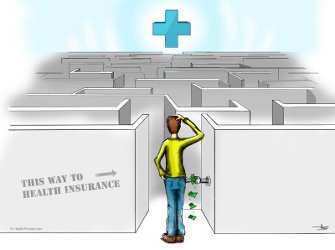