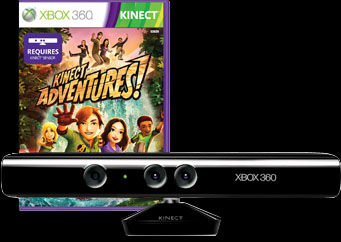 Microsoft Advertising says that companies are bringing their brands to Kinect for Xbox 360, the new controller-free gaming and entertainment experience that responds to body movement.

Also Read:
What Social Networkers Say about Your Brands
Tell me God What This Ad is Trying to Do
Zune Going Global with Multiscreen Entertainment
Netflix Enters Canada to Show Internet Movies

“With Kinect for Xbox 360, we are removing the last barrier to interactive television — the controller,” said Mark Kroese, general manager of the Interactive Entertainment Advertising Business Group at Microsoft.

Advertising campaigns will commence with the North America launch of Kinect on Nov. 4:

When Kinect for Xbox 360 launches this fall, consumers will have the opportunity to take the test-drive concept to a new level by driving the Chevrolet Volt in “Kinect Joy Ride.”

Also, after viewing the video advertisement in-dash on Xbox LIVE or on the Web, consumers will be able to unlock and download Chevrolet Cruze, Camaro and Corvette cars to drive in the game.

Chevrolet will then kick off the new year with an ad campaign in the Kinect Hub showcasing the same vehicles.

T-Mobile. T-Mobile is taking advantage of the immersive user experience in “Kinect Sports” with fixed product placement throughout the games including volleyball net signage, custom bowling balls and foam fingers held by the arena audience.

T-Mobile is further supporting the game title through a sponsorship on the Xbox 360 console.

Xbox members can visit a website on the dashboard to access exclusive video content and participate in the first launch weekend Play & Win contest with prizes including Family Gold memberships.

The Kinect platform, according to Microsoft, provides a new way for brands to connect with consumers by enabling them to physically explore and engage with branded content through voice and gesture.

A special sensor recognizes players and responds to their movements and gestures. Kinect can also take pictures during gameplay, which players will be able to upload to their favorite social sites when the game ends.

Microsoft Advertising provides advertisers and publishers with media, tools and services designed to ensure engagement with their audiences. This includes a global media network of Microsoft properties such as MSN, Windows Live, Xbox LIVE, and partner properties such as WSJ.com and Verizon.

Microsoft made the announcement today, Sept. 27. 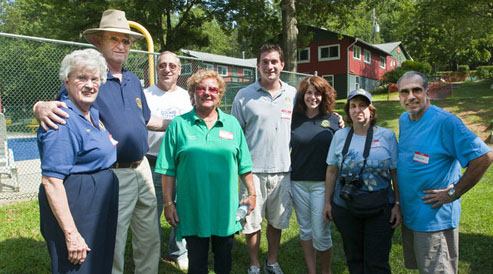 August 17, 2010 RMN News Comments Off on How AOL Uses Patch to Reach Communities