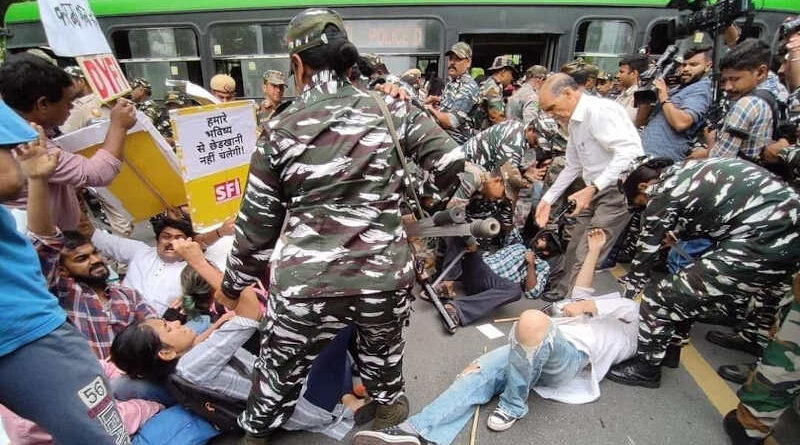 The job seekers who are opposing the Agnipath scheme have given a call for Bharat Bandh.

The Communist Party of India (Marxist) or CPI (M) has claimed that the party’s student leaders who were protesting against the government’s Agnipath recruitment scheme were arrested and beaten up by the Delhi Police.

In a tweeted video message on June 19, top CPI (M) leader Sitaram Yechury condemned Delhi Police brutality against peaceful protests. He also demanded the release of all detained students and withdrawal of the “anti-national Agnipath scheme.”

The complaint of CPI (M) against the Delhi Police brutality comes close on the heels of a similar accusation by the Congress party. A group of Congress Rajya Sabha MPs (Members of Parliament) complained to the Vice President of India about the brutal and unjustified behaviour of Delhi Police with Congress MPs.

CPI(M) strongly condemns the arrest of MP and DYFI president Com Rahim who along with Mayukh Biswas SFI General Secretary were leading a demonstration of students and youth at Jantar Mantar to demand scrapping of ‘Agnipath Scheme’. CPI(M) demands release of all comrades. pic.twitter.com/G7dhWdbIJU

Meanwhile, the job seekers who are opposing the Agnipath scheme have given a call for Bharat Bandh (all-India protest) today, June 20.

As the civil unrest is spreading across the country, Congress also has started a regular dharna in New Delhi against the cruel Agnipath scheme being imposed on job seekers by the government of prime minister (PM) Narendra Modi.

A few Congress leaders assembled on June 19 at Jantar Mantar protest site to criticize the Agnipath scheme, which has led to violent protests in the country. 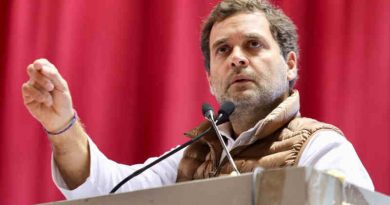 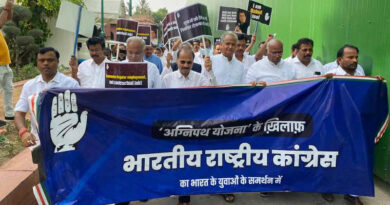 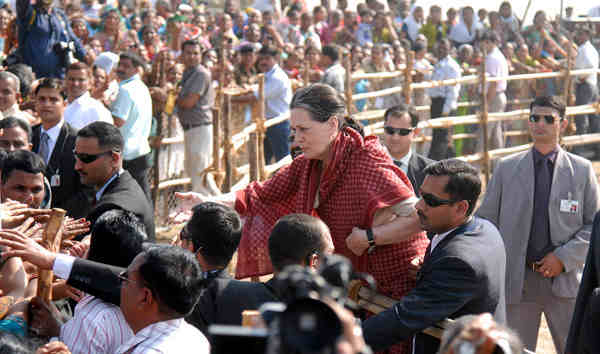 August 31, 2015 RMN News Comments Off on Narendra Modi Is Not Trustworthy: Sonia Gandhi