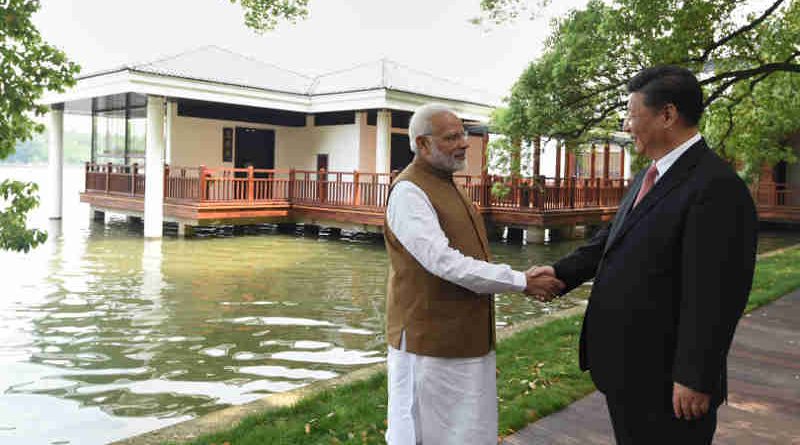 Superpower China has warned that if India continues with its obstinate stance, China will step up its aggression against India.

China has dismissed India’s claims to assert that the ongoing construction activities are on its own territory, as Arunachal Pradesh is part of southern Tibet.  Although India has consistently said that the northeastern state is its integral part, China has blatantly refused to accept India’s claims.

The Prime Minister (PM) of India Narendra Modi – who is a self-styled nationalist and derides his opponents as anti-nationals – has presumably gone into hiding, as the belligerent Chinese army is killing Indian soldiers ruthlessly and occupying Indian territory.

Modi who takes sadistic pleasure when the Indian army attacks Pakistan, has been maintaining a stony silence ever since the battle with China began a few months ago. A leading newspaper The Telegraph wrote in its article titled, Balakot: Full blast; China: Chup Chap that the “Modi government went on a drum-beating overdrive on the air strikes in Balakot (Pakistan) after Pulwama terror attack and withdrew into a shell after the Ladakh carnage involving China.”

It is an open secret that Modi takes political advantage deceptively by delivering shallow rhetoric about India’s attacks on the Muslim country Pakistan. The Modi government also unleashes a herd of lapdog media anchors and an army of cheaply hired trolls after those who question Modi’s autocratic actions and despotic decisions.

As nearly 80% voters in India are Hindus, Modi wins Hindu votes by delivering such brutal speeches against the Muslim country Pakistan. But since China is a powerful nation, Modi can’t dare to say a word against China. Most believe that Modi’s so-called nationalism is limited only to his violent verbosity against Pakistan.

During 6 years of his rule, Modi and his government have not shown any signs of nationalism toward providing the right governance to Indians. And now the army men are also getting killed under his watch and he has not uttered a single word to save the “national heroes” – the Indian soldiers.

But still Modi is a cunning politician. These days, he is ostensibly focusing on the coronavirus pandemic and vaccination in India. During the past few months when coronavirus was killing hundreds of thousands of people in India, Modi never tried to save them. Instead, he was celebrating 6 years of his rule on Indians who are living like slaves under his regime.

Now, when China kills Indians, Modi says cleverly he is managing coronavirus. The fact is that instead of dealing with the troubling issues, Modi tends to run away from them. His only objective is to stay in power by hook or by crook.

Although Modi – who is an illiterate politician – keeps hobnobbing with world leaders, including the Chinese President Xi Jinping, during his frequent excursions abroad, he does not enjoy any respect in the modern world that is driven by intellectuals.

Meanwhile, superpower China has warned that if India continues with its obstinate stance, China will step up its aggression against India. The Chinese official news site Global Times said in a warning article that the arrogance and recklessness of the Indian side (Modi government) is the main reason for the consistent tensions along China-India borders.

The article argues that India’s increasing proximity to the U.S. is also a cause of concern for China. It is believed that the U.S. under Donald Trump’s administration was trying to exploit Modi government’s lack of understanding in foreign affairs to serve Washington’s interests against China.

On the China-India border issue, the Global Times article adds that the Chinese public should trust the government and the People’s Liberation Army (PLA) of China. They will firmly safeguard China’s territorial integrity and maintain national interests when dealing with border conflicts, the article said.

The Chinese attacks on India are also in response to a reckless statement made by Modi’s close associate and Home Minister Amit Shah who vowed in August 2019 to shed blood for Pakistan-occupied Kashmir and Aksai Chin, occupied by China.

According to The Print news site, Modi-Shah’s Aksai Chin bravado activated China to cross the Line of Actual Control (LAC) and occupy the disputed territory. While Modi and Shah have mostly operated as mobsters to commit street crimes and organize frequent pogroms on Muslims and other communities, they are not capable of taking on a powerful country such as China.

RECORD OF MODI AND SHAH

In a criminal case, for example, the Supreme Court had asked Amit Shah to leave the state and stay out of Gujarat. The decision came at a special hearing on Central Bureau of Investigation’s (CBI) plea seeking cancellation of his bail granted by the Gujarat High Court in the Sohrabuddin Sheikh fake encounter case.

Amit Shah – who is now the Home Minister of India – is the prime accused in the death of judge Brijgopal Harikishan Loya (B.H. Loya) who had died in mysterious circumstances. It is alleged that judge Loya was presiding over Sohrabuddin Sheikh fake encounter case.

Similarly, Modi was denied a U.S. visa in 2005 under the terms of a U.S. law which bars entry to foreigners who have committed “particularly severe violations of religious freedom.” The U.S. administration denied visa to Modi in view of the allegations of human rights violations against him in the 2002 incidents of riots and carnage in Gujarat where he was the chief minister.

Later, Modi and Shah managed to win the national elections in 2014 and 2019 apparently by large-scale manipulation of electronic voting machines (EVMs) and using other deceptive tactics to woo voters. As Modi has become the PM, now courts and law-enforcement agencies are either complicit or scared to open cases against Modi and Shah although their names appear in multiple cases of crime and corruption.

As China is still expanding its occupation of the Indian territory, a recent clash took place on January 20 between Indian and Chinese troops along the border in Sikkim. In a statement, UN Secretary General Antonio Guterres hoped that tensions between the two countries could be resolved through dialogue.

Meanwhile, according to a Hindustan Times report of January 22, India’s external affairs ministry said in a loose statement that India keeps a constant watch on all developments having a bearing on the country’s security and takes necessary measures to safeguard its sovereignty and territorial integrity.

However, this is a meaningless statement as India has completely failed to safeguard its sovereignty and territorial integrity from the Chinese aggression. 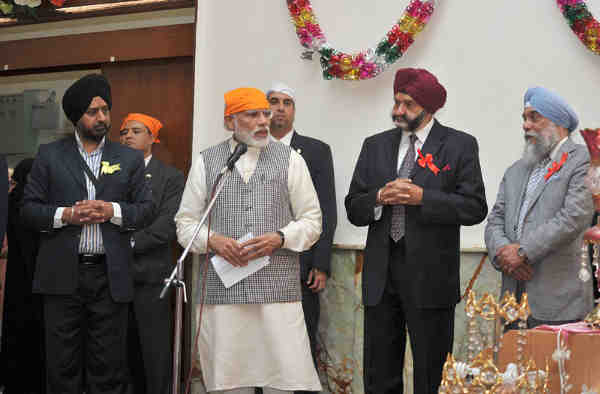